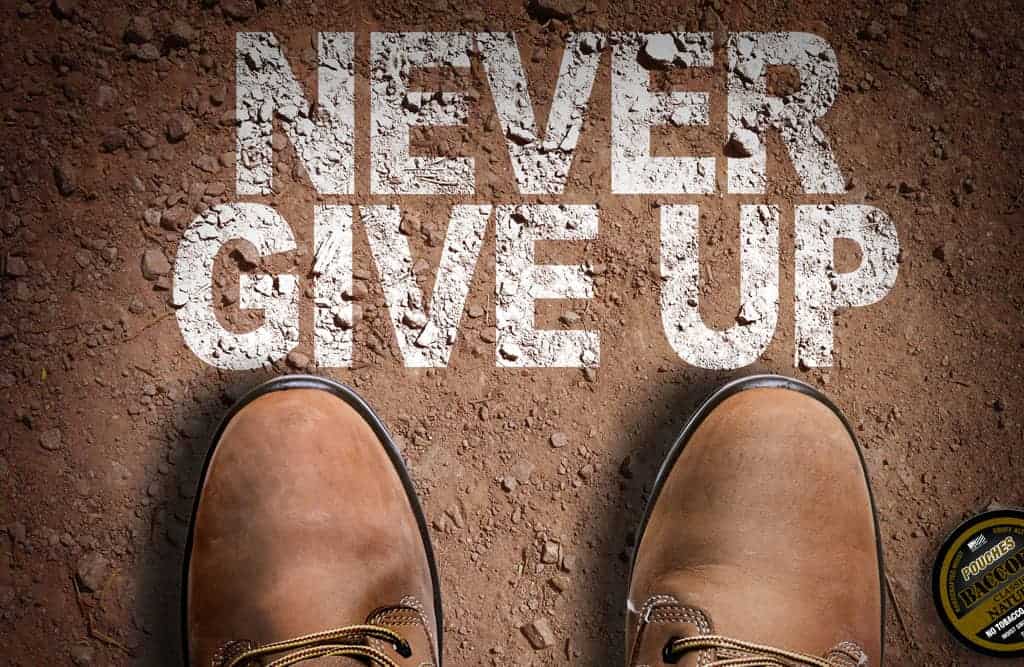 HOW TO STICK WITH YOUR NEW YEAR’S RESOLUTION

Last month I wrote about the right way to prepare for your New Year’s resolutions (click to read that article), so now I’m going to tell you how you can stick with them. Check out these 5 things you can do to make sure you don’t give up on your resolution:

Make it a habit to ask yourself 2 questions each morning

The more you focus on your resolution, the better chance you’ve got of doing the right thing when you’re faced with temptation. The easiest way to keep your resolution a priority is to make it a daily habit to remind yourself to stick with your commitment.

Make it a habit to remind yourself that you’re strong enough to stick with your resolution. Pump yourself up.

Carry a card in your pocket or wallet that says:

Millions of others have done this, SO CAN I!

Every time you think of giving up on your resolution, remind yourself of the millions who were strong enough to succeed. I mentioned this in my last blog post, but I’m going to mention it again because it’s something that has helped me overcome many challenges in life. When I was about to ship off to boot camp, my recruiter told me,

“Anytime you think it’s too hard and you want to give up, just think of the millions of men and women who have done it, if they could all do it, so can you!”

3. Avoid Triggers that will make you Fail

When I finally decided it was time to give up tobacco, I realized that alcohol and a dip went hand in hand, so every time I was drinking, the desire to have a dip was much stronger than normal.

If I had been drinking too much, I’d say, “To hell with resolutions” and I’d pack a lip. To help myself get past the first 2 weeks (which is always the toughest) I quit drinking as well. I realized drinking was a trigger, so I quit that as well until I was free of my addiction to tobacco.

If you’re trying to lose weight and have a weakness for Whoppers, then don’t tell yourself, “I’m just going to pop into BK for a salad” because the second the smell of burgers hits you and you see others devouring Whoppers, you’ll start convincing yourself: Just one won’t hurt or I’ll get the salad next time.

Trust me…been there, done that. It’s best to avoid all triggers and temptations that might cause you to put your resolution on hold, or to abandon your resolution altogether.

4. Get Back Up When You Stumble!

If your resolution is to quit tobacco, and you sneak a dip when you’re out hunting with your buddies, don’t say “Oh well, I failed my resolution. Might as well just start dipping again.” After you stumble, pull out your card (from step 2) and re-motivate yourself!

“I screwed up yesterday, but NOT today.”

When you do slip up or give in to a weakness, make sure you reset the countdown to your reward (See point 5 of my previous post)

5. Get Someone to Hold You Accountable

If you have a significant other, then try to get her/him on board with holding you to your resolution. As you can see in our Quit Dipping Bootcamp, that letting a helper hold you accountable greatly helps your chances of succeeding.

Join our Quit Dipping Bootcamp, and you’ll have lots of support to help you when you stumble and to hold you accountable.

Nicotine is super addictive and it’s not easy defeating that addiction, much less defeating it alone….Join our Bootcamp so you’ll never fight the battle with addiction alone!