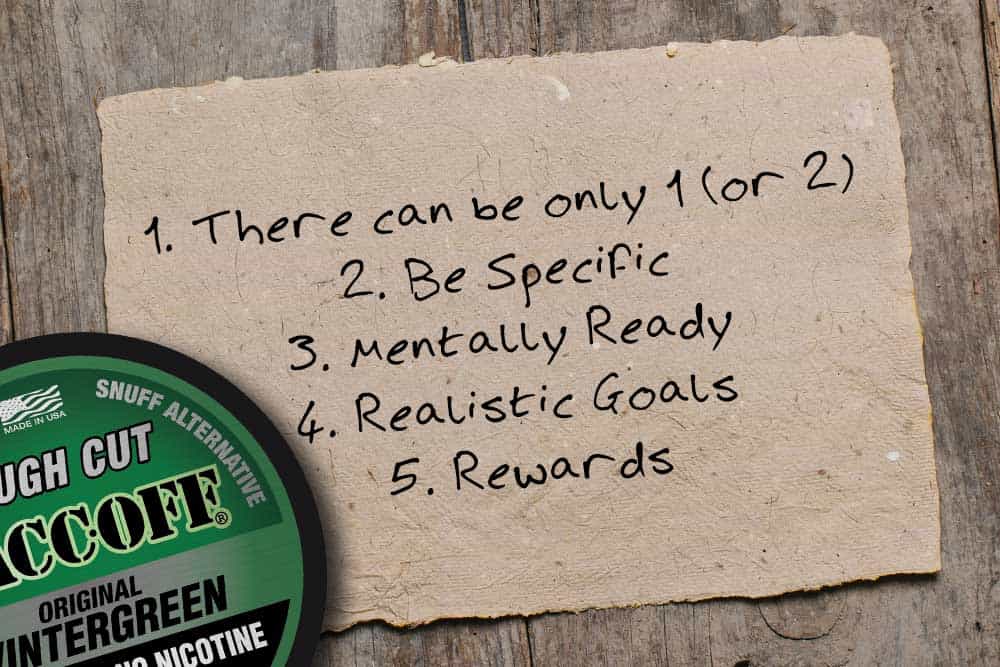 HOW TO PREPARE YOUR NEW YEAR’S RESOLUTION

How many times have you made New Year’s resolutions, only to fail to follow through on all of them? I know I’m guilty of that.I’ll eat healthier.I’ll drink less.I’ll quit using tobacco.I won’t make fun of NY Jets fans…you get what I’m talking about. Maybe you’ve even given up on having New Year’s resolutions altogether.

Well, I’m about to let you in on 4 New Years resolution hacks so this new year can be the year when you stick with your resolution(s) for good!

When you want to fix something, it works best if you give it your full attention. No distractions. You’ve got to focus completely on one thing at a time. Did you know that if you have a long list of resolutions, your chances of sticking with any of them are very slim?

It’s much more effective to focus on just 1 or 2 of your most important ones. That’s why I suggest only having one resolution. But if you have two things you really want to improve during this coming year, then, here’s what to do: for the first 6 months focus on resolution 1, then the next 6 months, focus on resolution 2. By being super-focused on one resolution at a time, your chances for success increase dramatically.

Don’t have a broad resolution. Make sure you have a very specific goal. “I will be healthier this year” = BAD RESOLUTION (not specific enough). “I will quit smokeless tobacco products” = GOOD RESOLUTION. The more specific your resolution is, the easier it will be for you to focus on it and git-r-done.

This one is VERY IMPORTANT! A long time ago, when I was about to ship off to boot camp, my recruiter told me, “Bootcamp won’t be easy, and there’s gonna be times when you think about quitting. Anytime you think it’s too f@#!in hard, or that you want to give up because you can’t handle it…just think of all the millions of men AND women who have done it before you…if millions of others could all do it, so can you.”

Anytime I was feeling exhausted or bummed out, I just told myself, “Millions of others have done it already. SO CAN I!”

Honestly, quitting tobacco was more of a challenge than boot camp or anything else I faced in the military. In the end, I was successful and a big part of it was because when I finally quit, I was mentally prepared. Every time I got the craving and thought about packin a lip, I’d tell myself, “If millions of others were mentally strong enough to defeat this addiction, then so can I!”

If your goal is to lose weight, make sure to set achievable, realistic goals that you know are possible given your schedule and resources. Like: “First month, I’ll quit Whoppers, second month I’ll use the stairs instead of escalators, third month I’ll drink 50% less soda”

The more you’re focused on just one specific goal at a time, the greater your chance of success is. I know I said that earlier, but it’s crucial, so I’m sayin it again.

So even before you begin your New Years resolution, plan out rewards that you can look forward to and help keep you motivated. It also helps if you have someone who will hold you accountable.

So, to recap, what you’ll do now before NY is pick one, specific thing you really want to change. Then mentally prepare yourself, set realistic and achievable goals, and remember to plan some rewards for when you reach your goals.

In the next post, I’ll be talking about 4 ways to make sure you stick with your New Years resolution.

Free Shipping on All Orders over $40! Dismiss